Grow Your Practice with AdaptDx Pro

There’s only one test that can identify impaired dark adaptation quickly and effectively in a clinical setting. See how the AdaptDx Pro™ can enhance your diagnostic ability and help you grow your business.

See how the AdaptDx Pro combines high-tech innovation with high-touch patient care to help you build a high-yield practice.

The AdaptDx Pro with Theia is a huge opportunity to differentiate yourself, become more medical, and have a more successful practice as well. 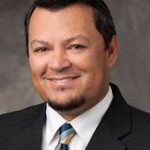 The initial test takes less than 6.5 minutes, and can be performed during dilation. The portable headset minimizes patient disruption. You can even use more than one device to run multiple tests at the same time.

By testing your patients with AdaptDx Pro, you may uncover new cases of subclinical and early AMD. In fact, current users see as many as 30-40% of patients over 50 years old with night vision complaints fail the AdaptDx Pro Rapid Test—indicating impaired dark adaptation, a biomarker for AMD.

Once AMD is detected, dark adaptation testing allows you to monitor disease progression at regular intervals. In turn, more frequent visits and proactive treatment often results in improved outcomes and patient compliance—and has the potential for boosting practice revenue.

With the AdaptDx Pro, it’s never been easier for techs to make a difference in patient care.

Put Our Expertise to Work

A diagnosis of subclinical AMD may increase the chances of delaying or preventing vision loss associated with the disease.

Each AdaptDx Pro purchase is supported by our AMD Excellence Program®️ to help you achieve your practice growth goals.