28 AMD Facts That May Surprise You

Here are 28 facts about age-related macular degeneration for each day in February to celebrate AMD Awareness Month. Let’s resolve to make AMD knowledge the focus of every month moving forward! 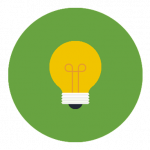 mission behind this observance is to raise disease awareness and promote regular testing. When caught in its initial stages, we’re better able to prevent vision loss that occurs as the disease progresses. Visit their AMD overview page here.

Difficulty seeing at night is the first symptom of AMD

Age-related macular degeneration is the leading cause of adult blindness in the U.S.

A study published in British Journal of Ophthalmology assessed prevalence and causes of blindness and vision impairment in high-income regions in 1990 and 2010. It found that macular degeneration has become the most important cause of blindness.ii

AMD is much more prevalent than glaucoma and dry eye combined

According to the American Academy of Ophthalmology,ii dry eye affects 4.88 M US adults over age 40 and glaucoma affects 2.7M. Meanwhile, AMD affects 11.2M Americans, making it much more prevalent than dry eye and glaucoma combined.

Smoking is the biggest modifiable risk factor of AMD 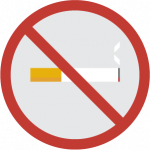 Current smokers carry a 2.5 to 4.8 times higher risk than non-smokers for developing AMD.ii Yet, in one study 90% of patients with AMD were not advised to stop smoking.ii

Impaired dark adaptation is the earliest biomarker of AMD

If you begin having difficulty seeing at night, it’s time to talk with your doctor. You may have impaired “dark adaptation.”

There is specialized care for patients with AMD

Equipped with the most current knowledge and advanced technology, eye care providers can best serve their patients with age-related macular degeneration (AMD).

Epidemiological evidence suggests that chronic sunlight exposure increases the risk of incident AMD and its progression.ii Likewise, there may be a potential benefit of wearing protective eyewear.

Rates of AMD are expected to double by 2050

The number of people living with macular degeneration is expected to reach 288 million by 2040.ii

High cholesterol is a risk factor for AMD

Other risk factors for AMD include age, ethnicity, family history, obesity, and smoking. 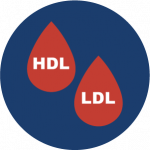 Before drusen are visible, a thin layer of cholesterol builds up along Bruch’s membrane

AMD is a major public health problem that has a devastating effect on patients and marked adverse financial consequences for the economy. An economic analysis based upon losses to the gross domestic product suggests that AMD has approximately a $30 billion annual negative impact. The return on investment is therefore potentially high for both treatments with current AMD therapies and the research costs invested in the development of new AMD treatment modalities.ii

As a biomarker of AMD, dark adaptation impairment indicates the disease is already present

Impaired dark adaptation is NOT a risk factor, it is the earliest manifestation of the disease.ii Genetic testing and macular pigment density (MPOD) can indicate a heightened risk for developing AMD, but neither indicates the actual presence of disease.

Nutraceuticals have the potential to slow the progression of AMD

Early detection and intervention through regular monitoring, vitamin therapy, and lifestyle changes have shown in practice to slow the progression of AMD.ii

Studies suggest that subjects who regularly consume a Mediterranean-like diet carry an overall lower risk of development of advanced AMD as compared to those who regularly consume a traditional Western diet. A recommendation should be made that patients avoid traditionally “Western” dietary pitfalls (high glycemic index foods, high-fat dairy products, fried foods, and processed meats), and instead, follow healthier eating styles like the Mediterranean diet. This diet includes high intake of fruits, legumes, vegetables, nuts, seeds, and other grains; olive oil as the main source of monounsaturated fat; dairy products, fish, poultry, and wine in moderate amounts; and limited intake of red and processed meats.ii

An active lifestyle has been shown to reduce the risk of progression to advanced AMD, choroidal neovascularization (CNV). AMD patients who walk one or more blocks per day are 50% less likely to convert to CNV than sedentary counterparts.ii

There is no need to delay diagnosis and treatment. The AdaptDx Pro® test by MacuLogix® can help your eye care professional detect AMD as soon as three years earlier than any other test.

Age, ethnicity, and gender play a role in the development of AMD

Not only does the risk of AMD increase with age, data suggests ethnicity and gender also influence the likelihood of developing the disease. According to the National Eye Institute, AMD is more prevalent among white Americans as compared to other races. Perhaps partly due to life expectancy discrepancies, 65% of AMD cases in the US were women in 2010.ii

The retina becomes more susceptible to oxidative damage as we age, which contributes to age-related retinal cell dysfunction and loss associated with decline in visual function. Current 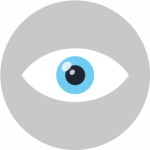 AMD disrupts vitamin A absorption in the retina

Cholesterol accumulation, a trademark physical characteristic of AMD, causes three major problems in the retina: inflammation, oxidative stress, and disruption of oxygen and nutrition supplied to the outer retina. The cells responsible for our eyes’ ability to adjust from bright light to darkness die as a result of Vitamin A deficiency, making impaired dark adaptation the first functional symptom of AMD.ii

Although it affects only 10-15% of those who have the condition, wet AMD accounts for approximately 90% of the severe vision loss caused by macular degeneration. In this advanced stage, the body grows new blood vessels to facilitate oxygen transport to the retina, but these are very fragile and leak fluid, making the retina “wet.” This fluid pools in the retina, causing damage and irreversible vision loss.

Although visual acuity becomes impaired as AMD progresses, it is not usually affected in earlier stages of the disease

Changes in visual acuity usually signify that AMD has progressed to intermediate or late stage disease. Because of this, 37% of AMD patients have visual acuity of 20/200 by the time they first seek medical attention.ii

The AdaptDx Pro is an accurate, advanced device that can help detect AMD at its earliest stages

Numerous studies have shown that declining retinal function – specifically the ability to adapt from light to darkness – is impaired by AMD at least 3 years before it can be seen clinically. The AdaptDx Pro is a simple, fully automated dark adaptometer. It measures dark adaptation speed, which can be used to identify age-related macular degeneration (AMD) with 90% sensitivity. The AdaptDx Pro technology is supported by more than 20 years of research and has been validated at major medical centers including Johns Hopkins, Harvard and Penn State universities.ii