Everyone Has a Story…

Mine Is about How I Met My First Subclinical AMD Patient 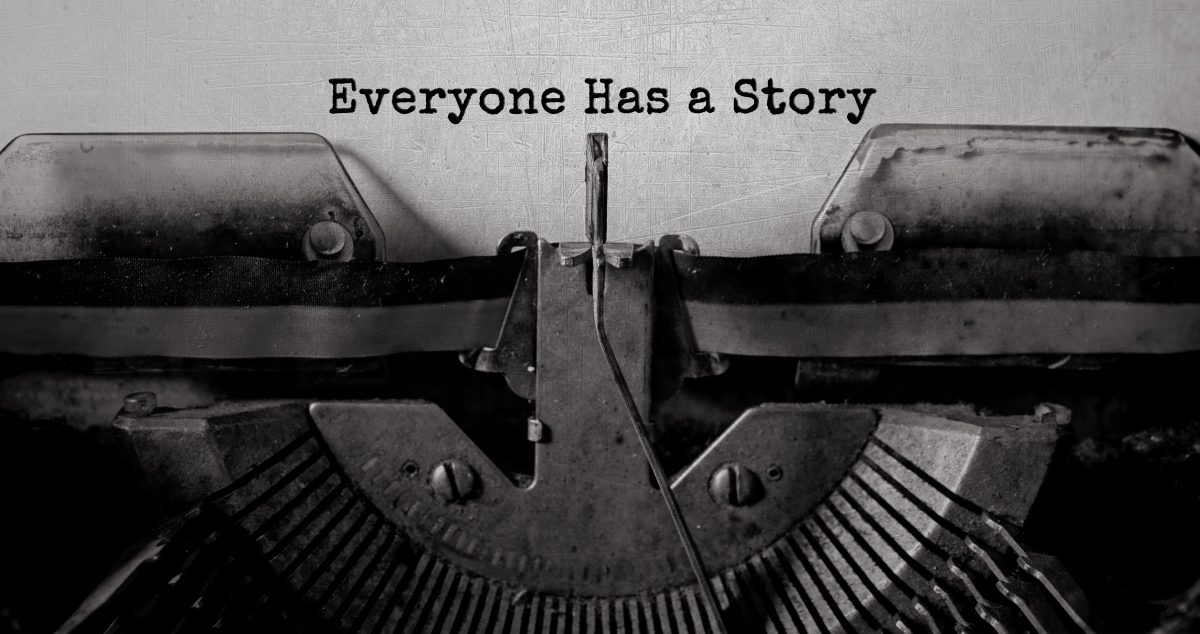 I enjoyed a traditional Fourth of July barbeque at my parents this summer. I met an “old timer” who decided that July 4th was the best time to deliver two cords of firewood to my parents’ house. After dumping the wood in the yard, he regaled us with a story of his lifelong search for the perfect dry rub for barbequing chicken. He didn’t call it rub though, he called it powder, pronounced “pouder.” Highlights of the odyssey included a multiple-county search for the perfect ingredients and an admonishment not to douse the chicken in barbeque sauce after rubbing them. (The warning, of course, was based on a very unscientific claim that dry rub seals the skin of the chicken so it doesn’t dry out.) The culmination of the story was a description of him cooking chicken for one hundred relatives at the annual family reunion. Despite our queries, the cagey old timer wouldn’t tell us where the reunion was this year except that it was the first Sunday in August.  After thirty minutes of sharing his chicken cooking dissertation with us, he went happily about his way. Amused by the experience, my dad and I concluded that everyone has a story.

While my stories include quests to craft the perfect beer (Munich dunkel) and concocting the perfect barbeque (pulled pork with vinegar barbeque sauce), today’s story is about how I met my first subclinical AMD patient.

It All Began with Some Basic Research

MacuLogix has been marketing the AdaptDx® automated dark adaptometer to clinicians since 2014, but this particular chapter of my life began over 20 years ago in 1995. As a graduate student in Dr. Cynthia Owsley’s laboratory at the University of Alabama at Birmingham (Go Blazers!), I was assigned to study the impact of aging on night vision. Our first study was to evaluate whether older adults had more difficulty seeing a dim spot of light in the dark compared with young adults.

To do this, we measured dark-adapted visual fields. The wrinkle was that we corrected for pupil size and optical clarity of the lens so that we could evaluate whether retinal sensitivity was reduced.

Unfortunately, we found that patients older than 60 years old had reduced retinal sensitivity compared with young adults. Adding up the effects of pupil size, lens opacity and retinal losses, the average older adult has a reduced light sensitivity in dark like an average young person wearing sunglasses at night. As a twenty-something year old, this boggled my mind; but now at midlife, it is much easier to imagine.

After this warm-up study, my dissertation project was to understand whether dark adaptation speed decreased as a function of age. I set out to document dark adaptation speed in patients whose age range spanned seven decades of life. It was in this study, that something highly unusual and unexpected happened. I may have dismissed this first encounter with a subclinical AMD patient, except it was memorable because I thought I was in trouble and I learned a very valuable lesson as a scientist.

The Dark Ages of Dark Adaptation

To set the context, dark adaptometers were not commercially available and scientists and clinicians were clinging onto manual Goldmann-Weekers dark adaptometers or making their own research apparatuses. We purchased a modified visual field device from a group at Moorfield’s Eye Hospital. This visual field device was modified so that it could operate in a dark room to measure absolute threshold (the least amount of light that can be detected) and change the color of the target lights. There was an integrated bleaching light (to simulate a bright sunny day) which lit up the bowl of the perimeter with a very intense yellow light. You knew that the bleaching was complete by the smell of burning insulation…sorry Jennifer.  After deciding that this was less than optimal because Jennifer would never volunteer again, a collaborator adapted a photographic flash to flash the research subject’s eye. This flash was still dazzling. The first person that I flashed, turned from the flash and tried to place her head on the chin rest only to bounce her forehead off it because she was dazzled. After that experience, the procedure was to guide their head to the chin rest by cupping their head in my hands. The things that we do for science!

The critical issue was that the modified visual field came with testing software that I decided needed to be different. I taught myself how to program in the C language. I wrote the testing software over a period of months. Once the software and hardware were ready, I tested Angela to prove that we could measure a textbook dark adaptation curve, and now Angela is immortalized in several publications as the participant with the ideal dark adaptation curve in “Figure 1”. I had offered the honor to Jennifer to make up for the fire but she respectfully declined.

Putting the Curve to the Test

The beginning of the dark adaptation test was unremarkable. The patient exhibited a small cone-mediated recovery and settled onto his cone plateau. I waited for the rod-cone break to become apparent. The rod-cone break is the time during the dark adaptation test when the rods become more sensitive to light than cones, and the green light turns white to the participant. To say that I was excited to see this mundane event would be an understatement. To this day, I am still fascinated watching the sensitivity recovery function of dark adaptation.

From Angela to Eureka!

Panic sets in. What have I done? How have I broken this software? What could I have done? Twenty-fifth minute. Nothing. I am in so much trouble. Right outside this door is my advisor’s office and she will ask me how it went. I will have to tell her that I can’t use this data because I broke the software. She absolutely hates discarding data. I dread being the cause of discarded data.

Thirtieth minute.  Nothing. I ask the patient if everything is OK (like he would know), but he is content. Thirty-fifth minute. Nothing. At this time of the test, most young people have completely recovered their dark adaptation.

I am despondent. I hover my finger over the abort button. I am ready to accept my fate. But out of desperation or inspiration, I decide to carry on and see what will happen. Could this be real? In the 45th minute his sensitivity recovered in that characteristic manner that signifies that we are in the region of the rod-cone break.  Can it be true!??! The next sensitivity value is measured and it is true! He has hit his rod-cone break at 45 minutes when most of his age-matched peers would have been completely dark-adapted.

Looking Back at the Discovery of Subclinical AMD

I am jubilant! I excitedly cheerlead the participant through the remainder of the test. He continues to slowly recover his light sensitivity. At 90-minutes, I abort the test to spare him more fatigue. At 90 minutes, he has almost completely recovered his night vision. I sigh in relief. I learned a very valuable lesson that day as a scientist. Play out the data collection, it is telling you something even if you don’t expect it or like it.

This dark adaptation curve was most unexpected. What does it mean? We sent the research participant to two retina specialists who both cleared him as having a normal retina and no sign of any disease that would compromise his night vision. Fundus photographs were sent to the Wisconsin fundus photograph reading center for evaluation and came back as normal. The data folder went into my desk drawer as a mystery.

Thus, I unknowingly met my first subclinical AMD patient. It would take time and many seminal studies by multiple collaborators to understand the significance of this participant and uncover the linkage between dramatically impaired dark adaptation and subclinical AMD. It would also take time to develop the software and hardware to automate dark adaptation testing into a much, much shorter and patient-friendly test of less than 6.5 minutes. At the time, I did not know how this patient was going to change our understanding of age-related macular degeneration, my life, and the lives of numerous patients in the future who now have a head-start preventing unnecessary vision loss.

In August, if you find yourself at a park and smell the most heavenly chicken, I encourage you to wander over and investigate. If the cook is an old timer and his two dozen grandchildren are lined up for chicken, give me a call, I got to try that chicken. In exchange, I will save you the search for the Munich dunkel. If you ever make it to the heart of Lancaster, Pennsylvania, check out Wacker Brewing’s Little Dutch. Next time, I will tell you where to find the best chocolate near Hershey, Pennsylvania and maybe a little bit more about the discovery of subclinical AMD. 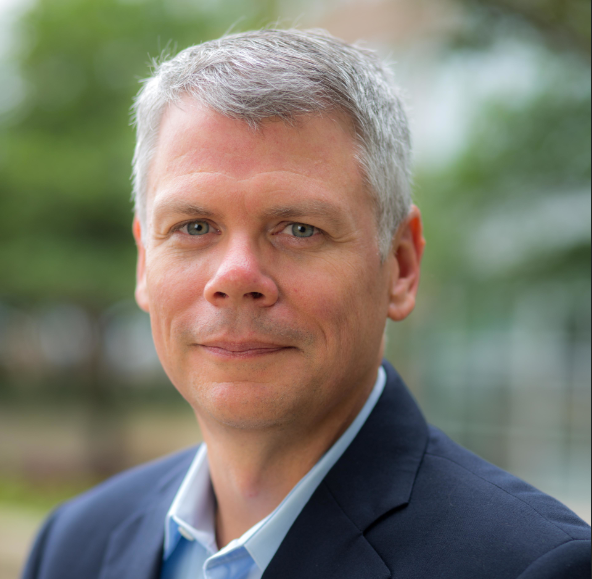 Dr. Greg Jackson is the principal inventor of the company’s AdaptDx®. He previously held joint appointments in Ophthalmology and Neural & Behavioral Sciences at the Penn State College of Medicine and was Director of Clinical Research for Ophthalmology. Dr. Jackson has specialized in dark adaptation for the past 10 years, publishing a dozen journal articles on this topic. He earned a BS in psychology from Clarion University and a PhD in behavioral neuroscience from University of Alabama at Birmingham.