If Hindsight is 20/20, Foresight is Making a Difference

Like many of my colleagues, I feel it’s my role as an optometrist and a primary eye care provider to monitor the health of my patients’ eyes, as well as their visual acuity, to provide the best possible care. This duty to preserve my patients’ vision is one I take very seriously – so imagine my surprise when I received two letters the same week, from two different ophthalmologists, telling me that they had found intermediate age-related macular degeneration (AMD) in two of my patients.

I remember it like it was yesterday, even though it was about 10 years ago. I hadn’t seen either of those patients in several years, but it definitely was a “nudge” to rethink my approach to AMD. Since then, I’ve been on a quest to find a way to be more proactive in finding AMD in my patients before they lose meaningful vision.

When I think back, I didn’t have access to technology that could help me find early AMD (and to be honest, I personally didn’t believe there was much I could do about it, anyway). During each routine exam, I would check the patient’s retina, looking for small drusen. If drusen were present, I would begin monitoring the patient and waiting for their visual acuity to change, indicating the presence of AMD. That was the tell-tale sign. One major problem with this approach is that patients don’t always come in for their yearly exams, which is what happened in these two cases.

When I lost track of these patients, I lost track of their disease progression. You sometimes hear that hindsight is 20/20 – but by the time I received these letters, hindsight felt more like 20/50 and getting worse. It was my responsibility to care for their eye health and monitor their visual acuity, and I failed to recognize how much was at risk. It was at this point that I was prompted to take a more proactive approach. I wanted to get out in front of AMD. I knew that once patients developed AMD, they could lose vision without early intervention. I wanted to preserve 20/20 vision for as long as I possibly could.

Those letters were definitely my wake-up call. I knew that I had to do better, so it became my mission to find a better approach to diagnose and monitor AMD. I quickly adopted OCT and then a macular densitometer to see if they could help me find the disease earlier. But, it wasn’t until I learned about dark adaptation, its correlation to AMD, and the AdaptDx® that I felt like I was on the path to finding signs of AMD early. I finally felt like I had the right tools to do the right thing for my patients. When the AdaptDx Pro® came out in 2020, it was another step in the right direction. Because the device creates its own portable darkroom, the level of convenience makes it easier to test patients that should be tested. The barriers to early detection were fading away.

Now when I see a patient with risk factors for AMD, they mention that they stopped driving at night, or when I see small drusen, I know that it could be the tip of the iceberg that leads to AMD down the road. These are the patients I test. I run the Rapid Test for these at-risk patients as part of their annual comprehensive eye exam. If they fail the Rapid Test (Rod Intercept® greater than 6.5 minutes), I bring them back for the Extended Test to find out what their actual Rod Intercept time is. This way, I’m able to establish a baseline and determine the appropriate frequency for follow-up visits.

Before adopting this technology, I would see small drusen and think, this probably won’t cause any issues. Now, when I ask about family history and a patient mentions that they have a family member or two with AMD, I almost expect them to fail the Rapid Test. Having this information, experience, and technology has completely changed how I think about this disease because I know I can find it early. I now have the resources needed to diagnose and monitor these patients, as well as the intervention strategies that can help preserve vision.

Foresight allows me to make a difference for my patients

When I started my AMD quest, I knew that it would change interactions with my patients. There is an educational commitment that goes with the territory. I do my best to provide patients with verbal education in addition to handouts that can provide the starting point for their learning. We talk about lifestyle changes like losing weight, getting more exercise, lowering cholesterol, eating better, and of course the biggie – quitting smoking. The good news is that patients are more inclined to follow my advice when they realize that losing their vision is at stake. It might take a few conversations over time, but there is a real fear of going blind.

So, you might ask: Am I glad I got those two letters? You bet!

AMD is a debilitating disease that affects more patients than we think. However, having the ability to find it early, provide patients with treatment recommendations for slowing progression, and monitoring their visual acuity is so much better than the alternative. Instead of dreading the conversation, I love telling patients: “The good news is that you haven’t lost vision. The great news is that you still have very functional vision. And because we’ve found AMD early, we have an even better chance of keeping it that way.”

Whether we are aware of it or not, this disease is threatening the eyesight of many of our patients – and having the ability to know it’s there and do something about it is powerful. Getting those ophthalmologists’ letters was the jumpstart I needed to rethink everything I knew about AMD. Now, I’m proud to report that having foresight when it comes to this devastating disease allows me to make a difference.

Dark adaptation testing with AdaptDx technology gave one patient the opportunity to commit to smoking cessation and other lifestyle changes before their vision was irreparably damaged.

78% of AMD patients have substantial, irreversible vision loss at first treatment. This includes 37% who are legally blind in at least one eye.ii 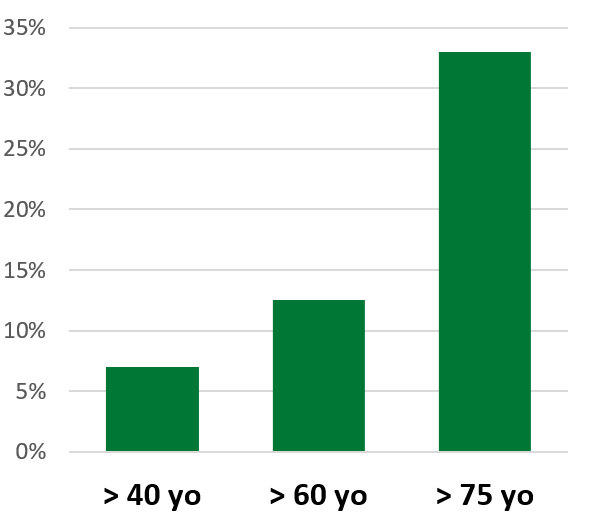 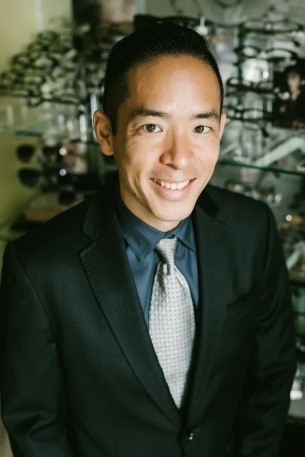 Dr. Lou graduated from the University of Houston College of Optometry. He has been named Hill Country News Reader’s Choice Best Eye Doctor 8 years in a row and has been named one of “America’s Top Optometrist” three times (2009, 2011, & 2014) by the Consumers’ Research Council of America. Dr. Lou has been a University of Houston College of Optometry Adjunct Professor since 2005 and has trained over 35 fourth-year optometry students. He has also been a featured speaker and presented over 40 lectures to fellow optometric colleagues.